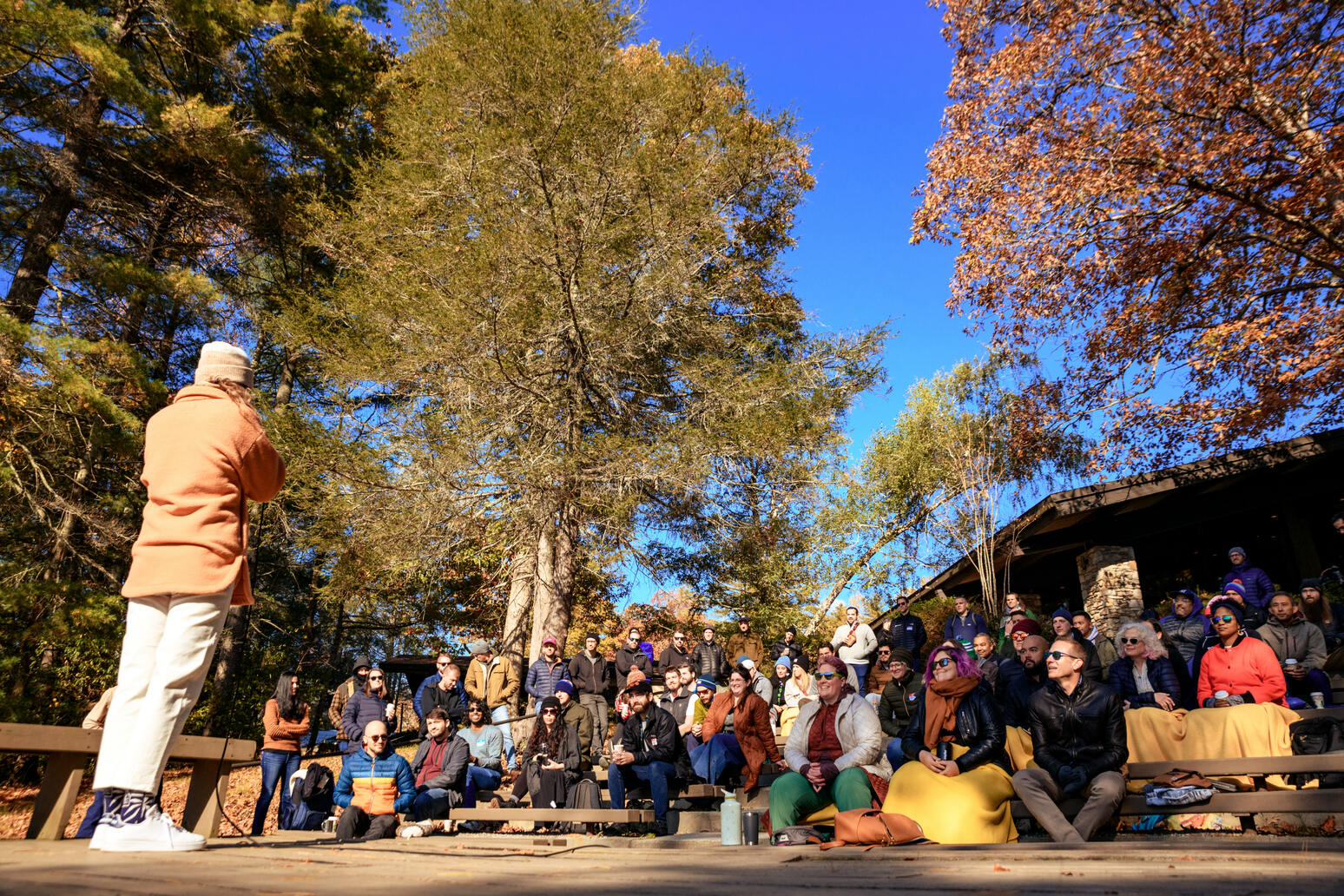 When was the last time you made a s’more? How often do you even get to hang out around a fire? This year, the Calm Company Fund team decided to offer those experiences to our global network of founders, with Founder Summit: Camp Edition.

As a brief refresher, Founder Summit is an in-person event series produced by and for founders who choose to prioritize sustainable success.

This gathering of like-minded founders includes folks who identify as entrepreneurs, bootstrappers, indie makers, and even the occasional founder who has already walked the VC hypergrowth path.

Rather than your typical conference agenda, Summits create space for connection through totally unique shared experiences. The goal is to make sure founders leave both invigorated and better-resourced—and thanks to the design of our Summits, one of those resources is usually newly-minted founder friends. 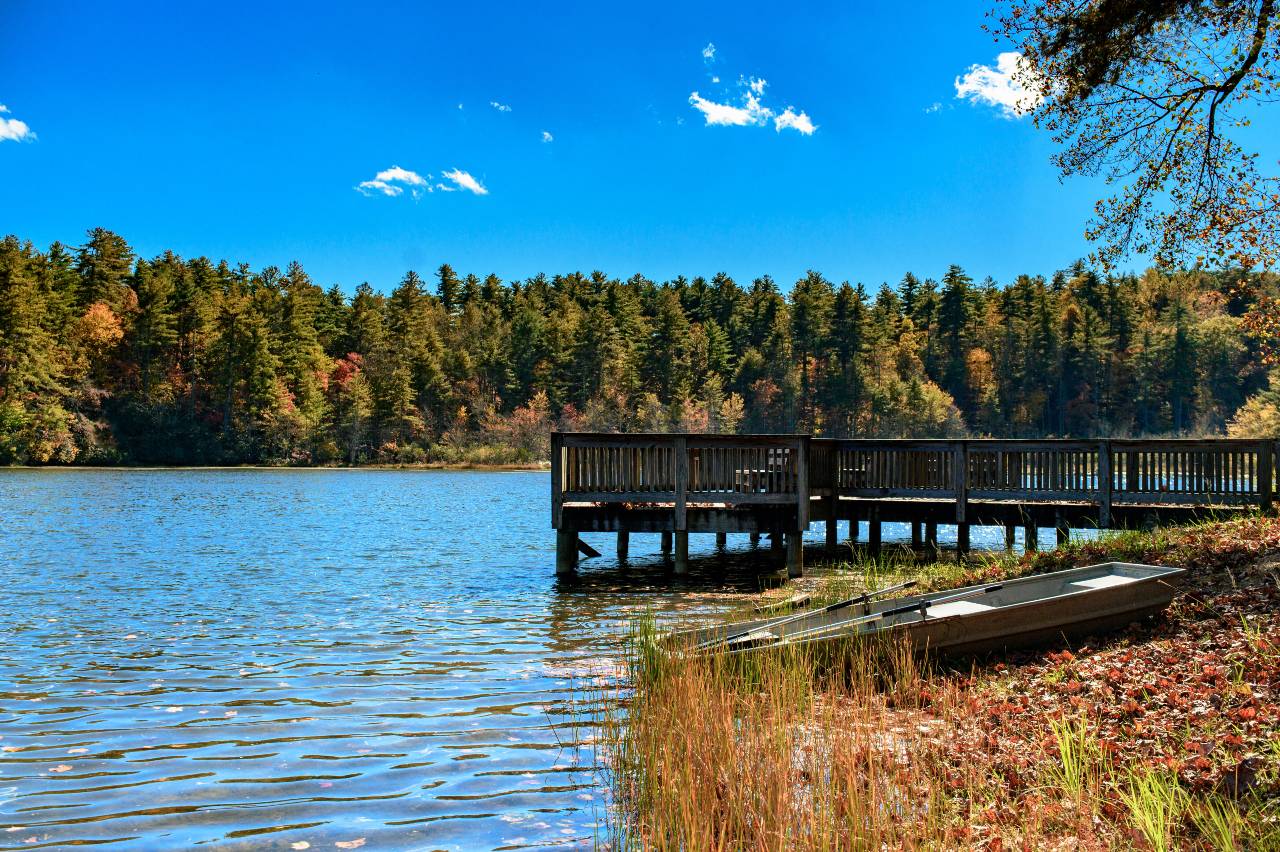 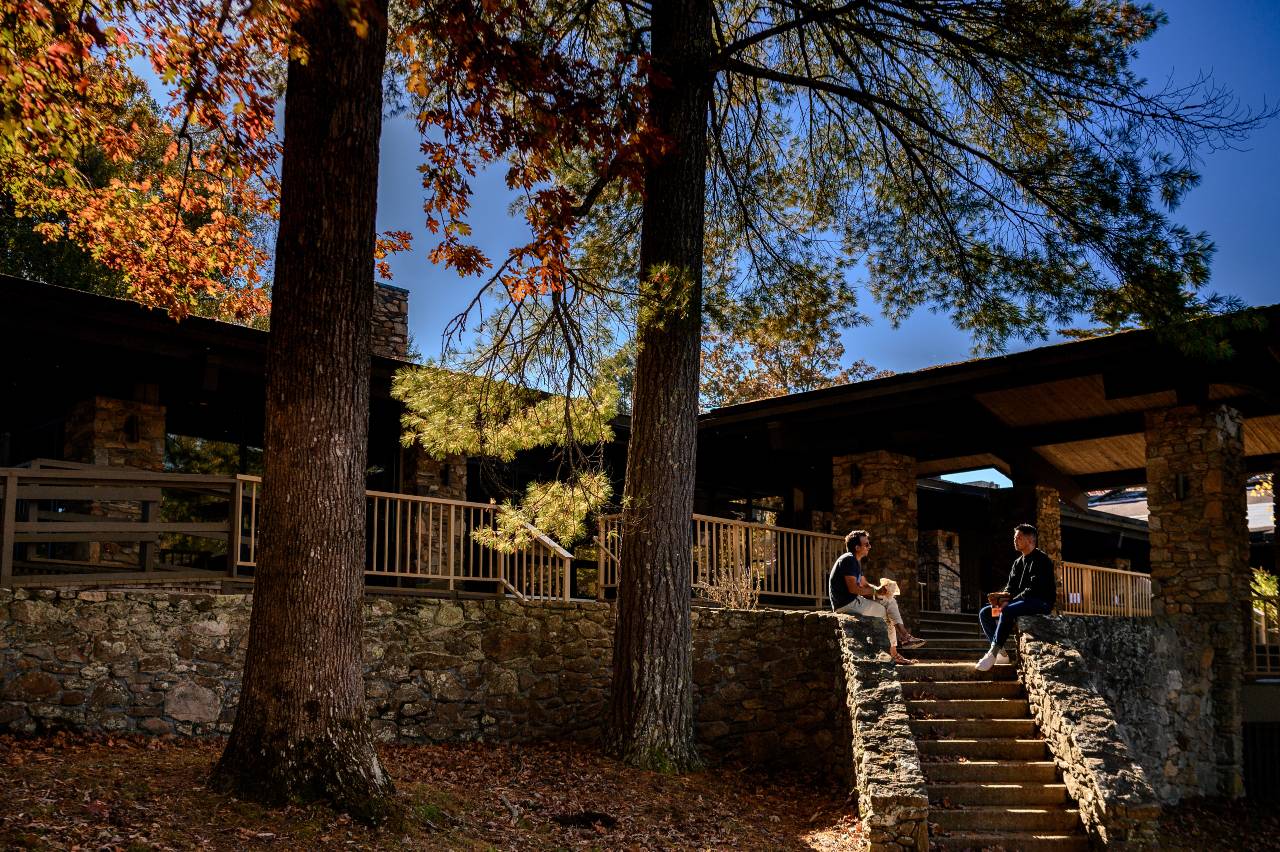 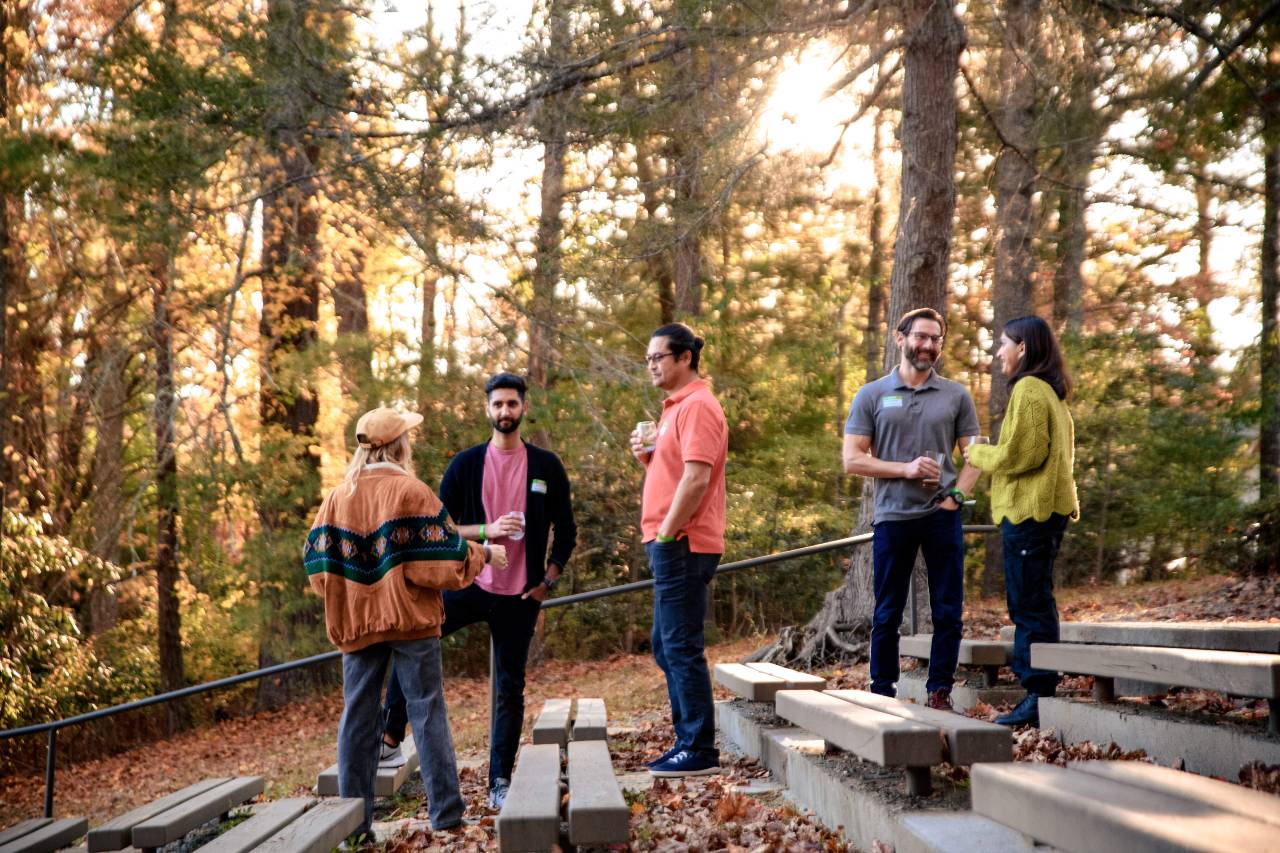 This year’s Summit took place at a retreat center deep in North Carolina’s Blue Ridge Mountains. The center’s sprawling grounds featured its own 30-acre lake, private hiking trails, an on-site lodge and cottages, and so much more.

Being deep in nature, especially when the fall colors were at their most vibrant, was a joy. And while it wasn’t hard to find quiet or private spaces, it was a pleasure knowing that anyone you might encounter on campus was there for the Summit. Even the kids.

Yes, kids. One tenant of Founder Summit is making the events accessible to a broad range of founders. That means not only offering scholarship tiers (powered by our event sponsor Slack), but selecting accessible event venues, and offering childcare for founders with kids.

Parent founders were incredibly appreciative of the opportunity to bring the family along… and the kids sure seemed to have a good time as well.

Thinking about how GOOD @FounderSummit was last week:

Another core philosophy of Founder Summit is skipping out on the traditional conference-y stuff that doesn’t add value. Instead, we focus on delivering utility at every juncture.

That means rather than traditional leaflet-filled tote bags, founders received camp-friendly Carhartt belt packs—courtesy of our event sponsor Swag.com—stuffed with Steeped Coffee single-serve coffee bags and a “default alive” survival kit, which included everything from hand sanitizer to bandages. (Those who stayed up late for karaoke really appreciated the Advil.)

The woods—a refreshing change of pace from the (admittedly gorgeous) Mexico City Four Seasons where we hosted last year’s event—were the perfect backdrop for the agenda we’d planned. On opening night founders bonded over s’mores, keeping warm with local wine and spirits.

And each morning of the Summit, founders met for movements—yoga, trail runs, and a brave few souls who took cold plunges in the frigid lake! 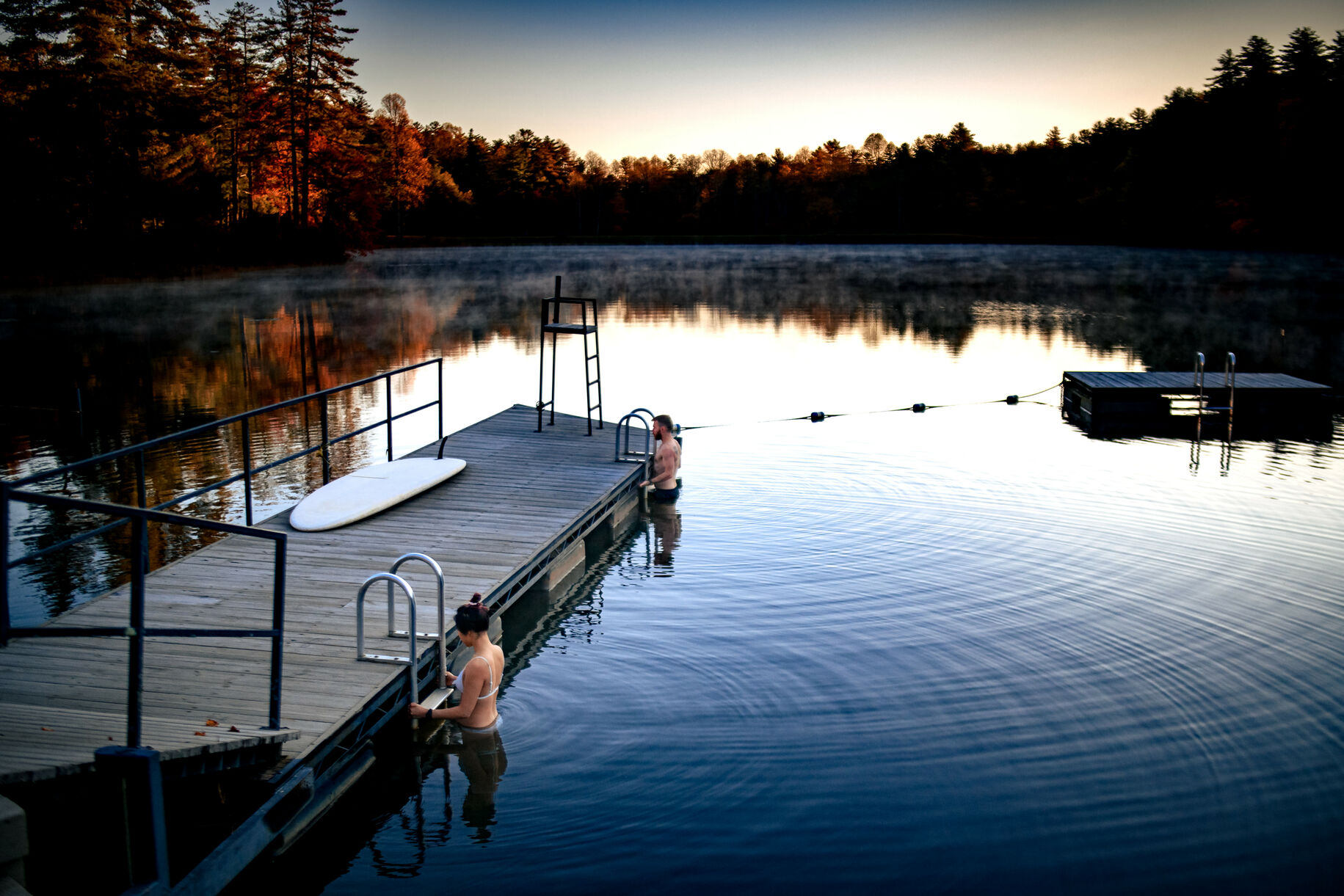 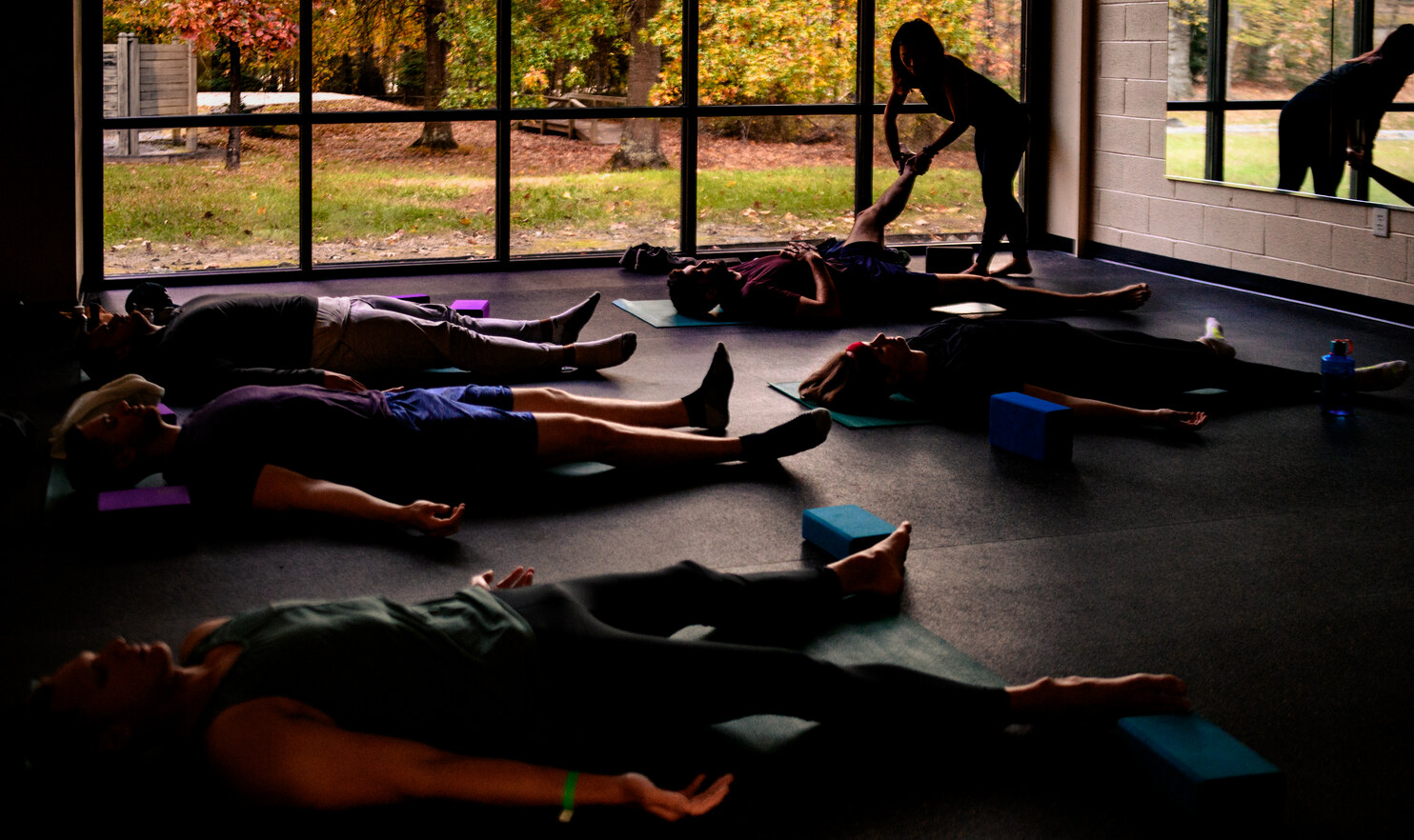 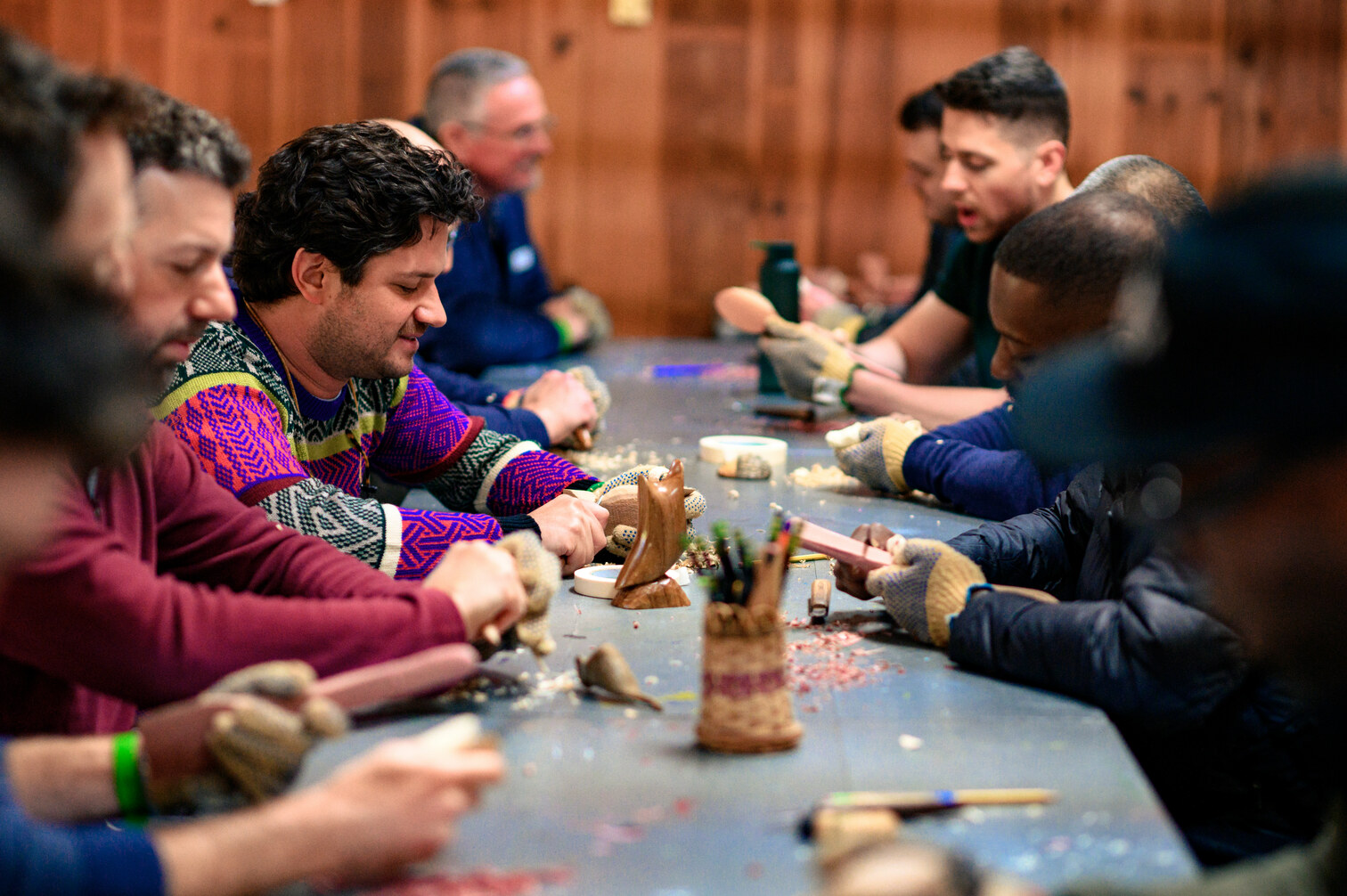 Our goal with the agenda was to offer a broad range of activities, and to let founders opt-in to the experiences that matched their desired vibe. Afternoon options ranged from boating, to archery, to climbing, to an offsite waterfall hike.

We also offered a chance for campers to learn alongside their peers, with some founders taking survival or foraging workshops, and others going hands-on in a woodworking class. 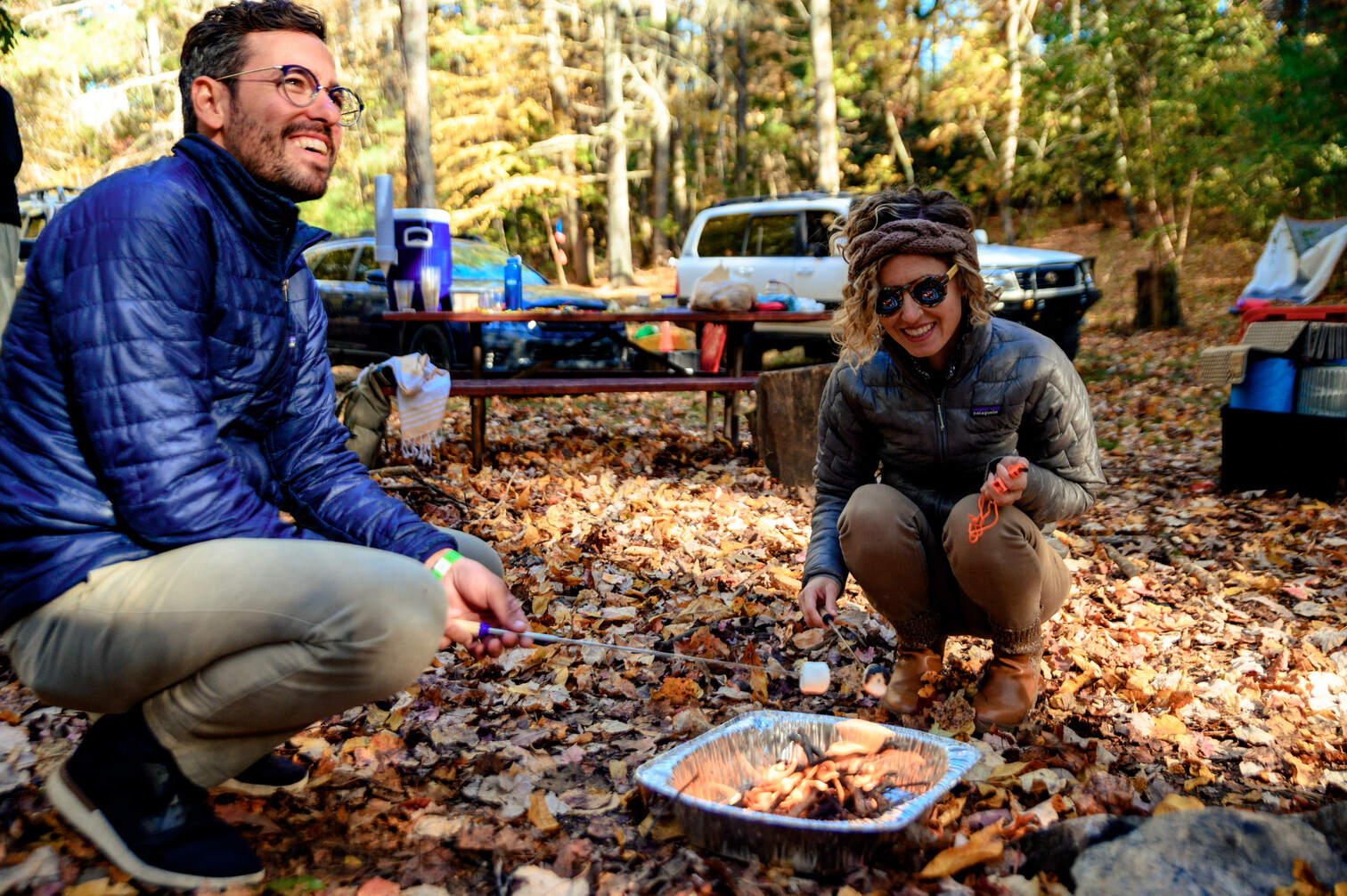 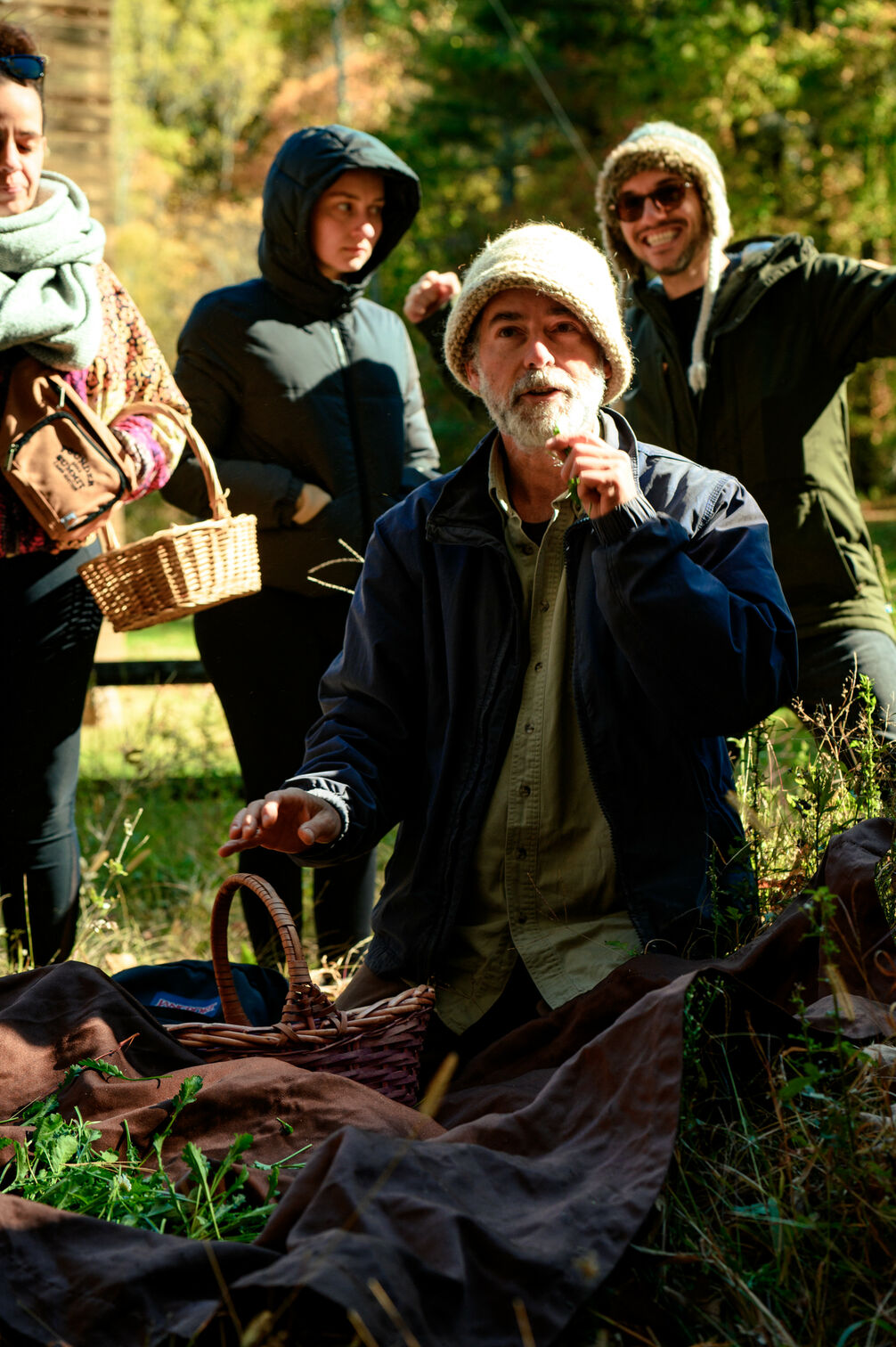 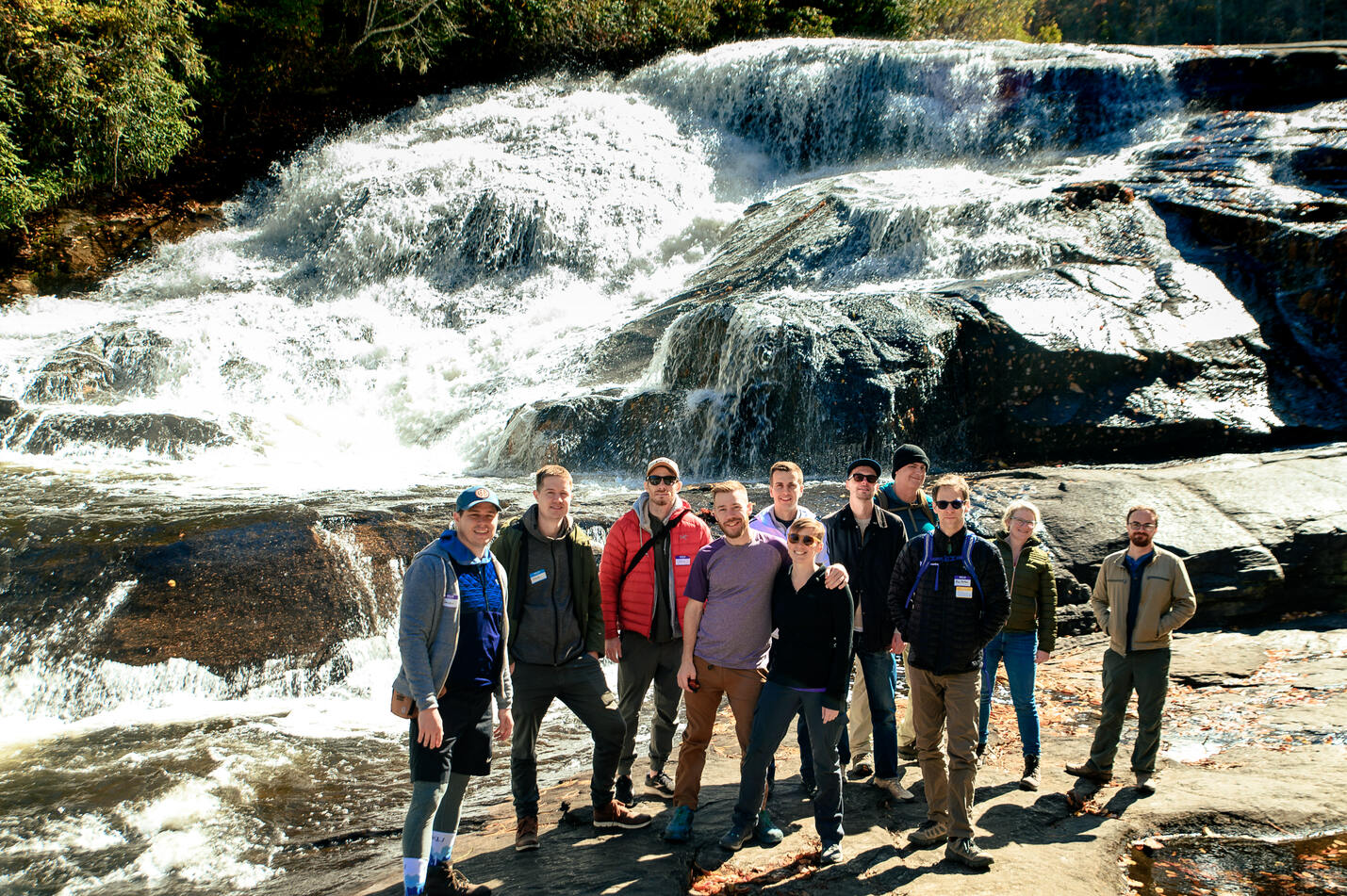 Over the course of the Summit, featured speakers addressed everything from emotional resilience to enterprise sales tactics.

The first full day of programming was kicked off by coach Jonny Miller, who spoke on how it’s possible to actually remain calm while building a company. (He runs a workshop on Nervous System Mastery if this is a topic that interests you.)

That same afternoon we were joined by Ryan Tansom of Arkona, who led an extremely practical workshop on intentionally growing your business.

The second morning, coach Angela Parker helped founders articulate and better understand their values, unpacking how they can influence work and relationships.

These sessions were followed by a few simultaneous tracks, with founders opting to join sessions on everything from storytelling to operational excellence. We took full advantage of our venue’s gorgeous spaces here.

Punctuating the workshops and group activities were snacks—courtesy of NC-based Wicked Crisps—and meals. Our host venue prepared southern-style banquets for us, which we took outside by the lake on opening night.

Every lunchtime we supplemented the venue’s menu with a local food truck option—both Tin Can Pizzeria and Root Down Food Truck joined us to serve their specialties.

As an added bonus on Tuesday, our founders had the option of dipping out to get some professional headshots against an incredible natural backdrop. Nearly half the attendees took advantage of this perk! 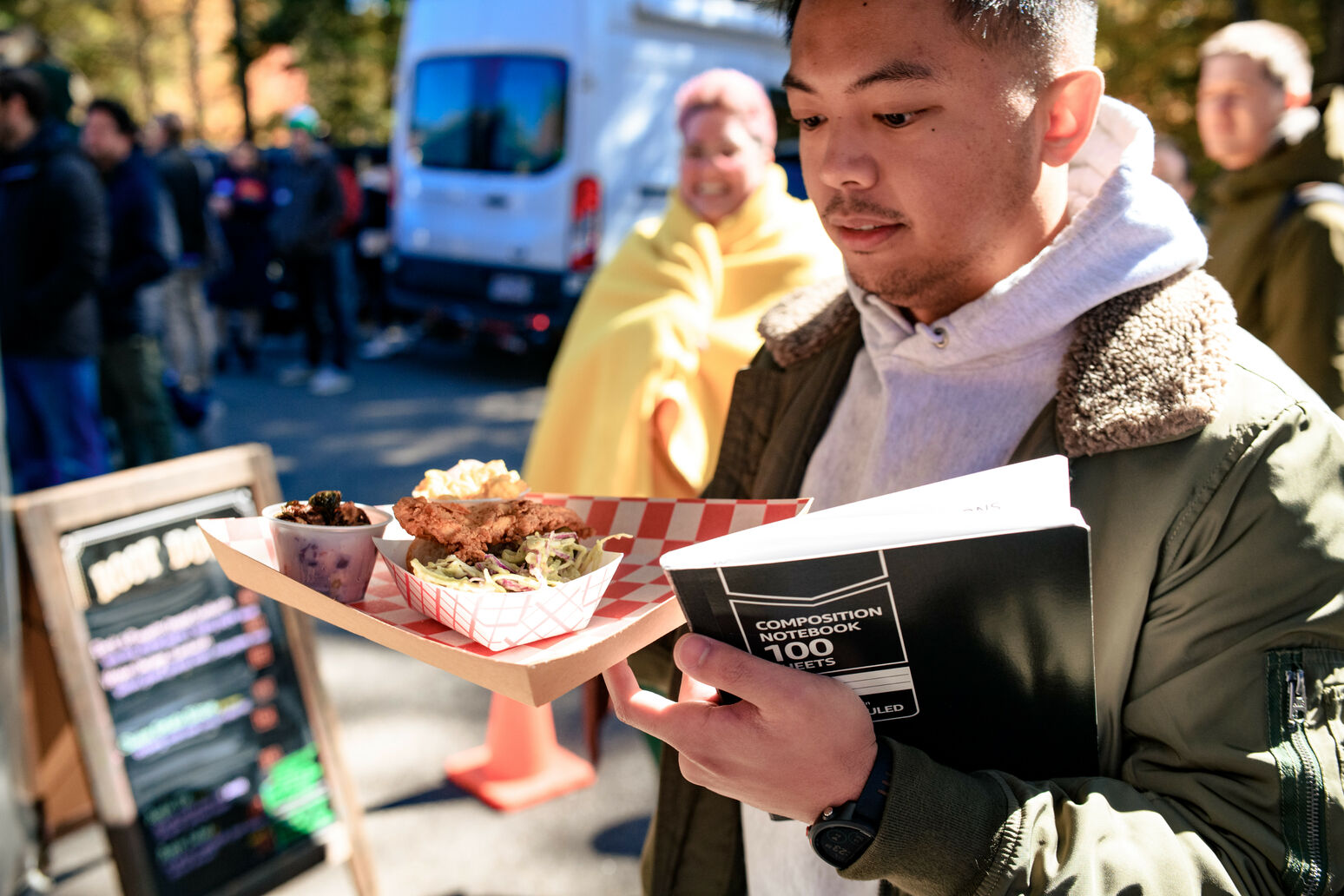 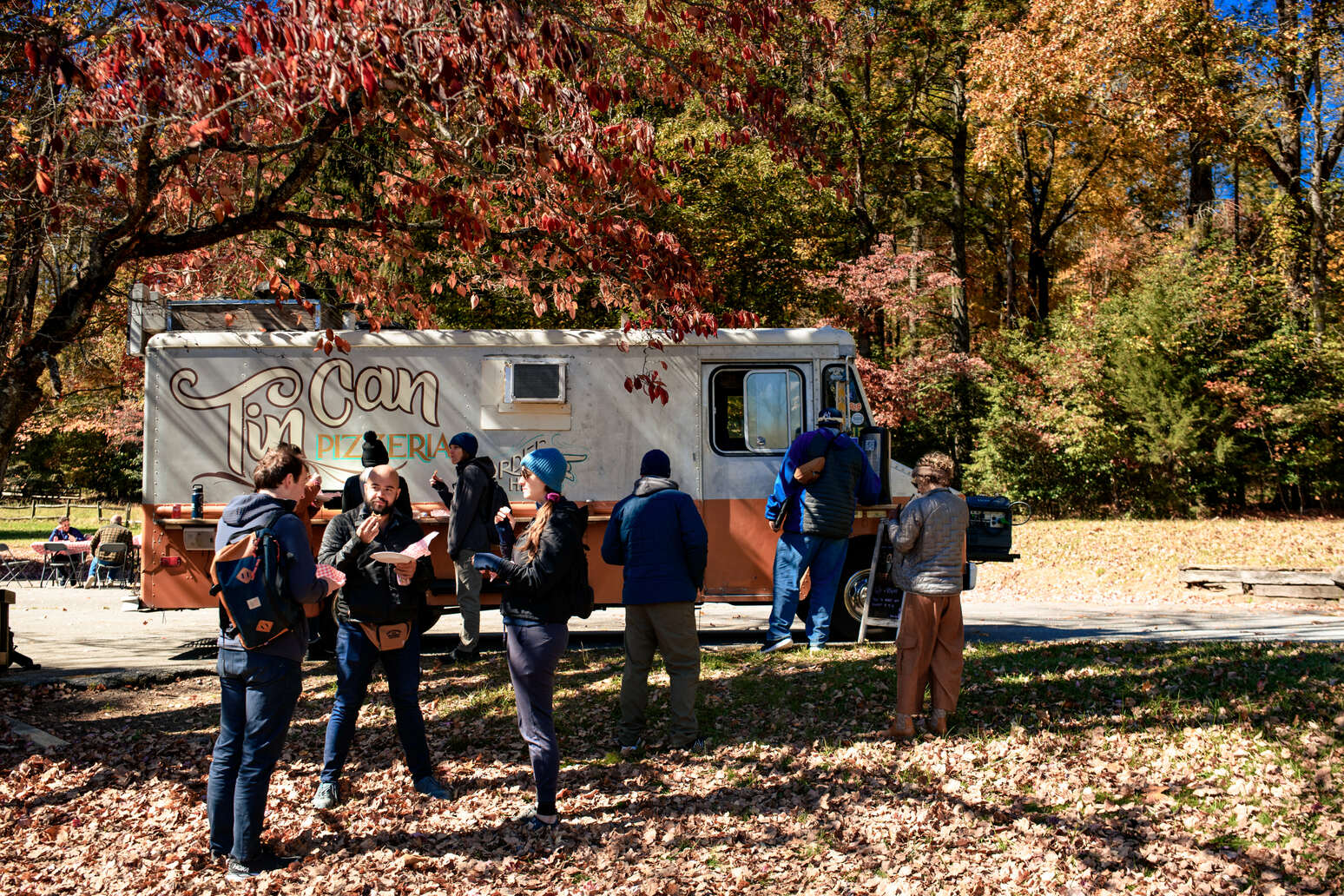 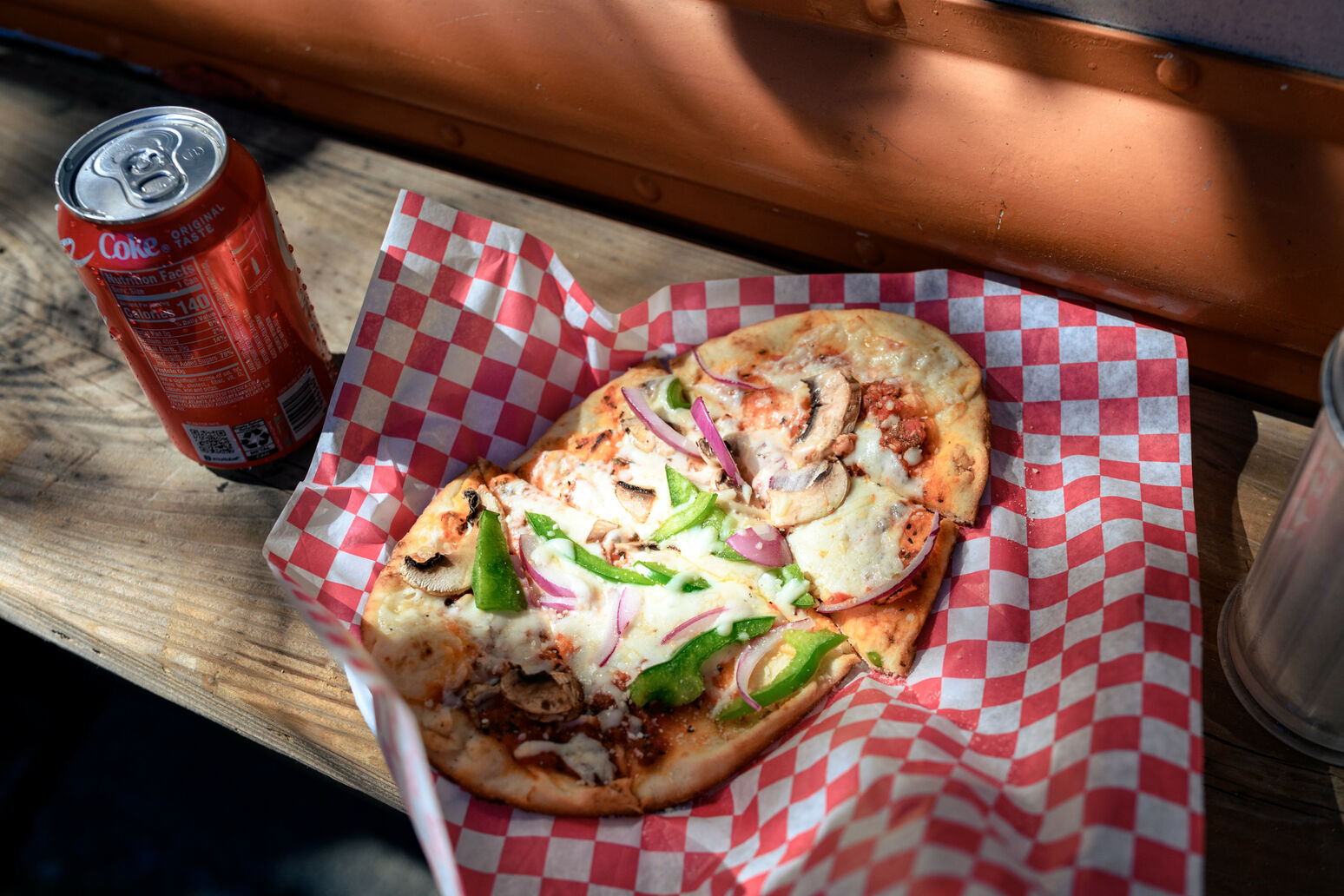 Each evening, a handful of attendees presented in rapid succession in our Lightning Talks. These 10-minute presentations were all killer, no filler, with founders presenting on everything from email deliverability to housing the homeless. With folks distilling their insights into snack-sized talks, it was an incredibly energetic block.

The cold snap scuttled our plans to host these sessions outside by the campfire, but fortunately the lodge included a cozy fireplace lounge. (We dragged the rocking chairs inside ourselves.)

The first of these fireside talks was a conversation moderated by Steph Smith on the topic of fundraising and exits, including the learnings of some near-exits. 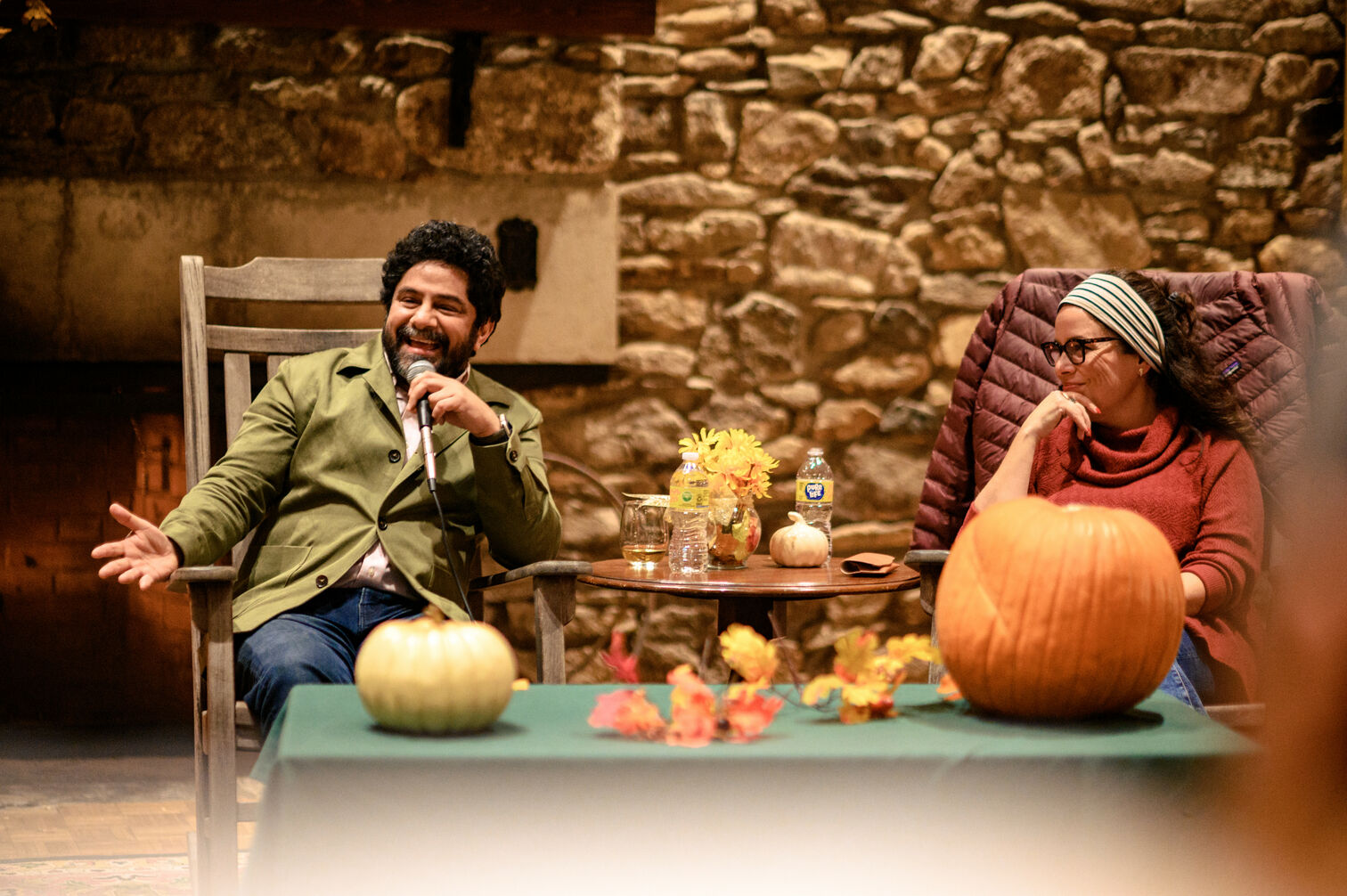 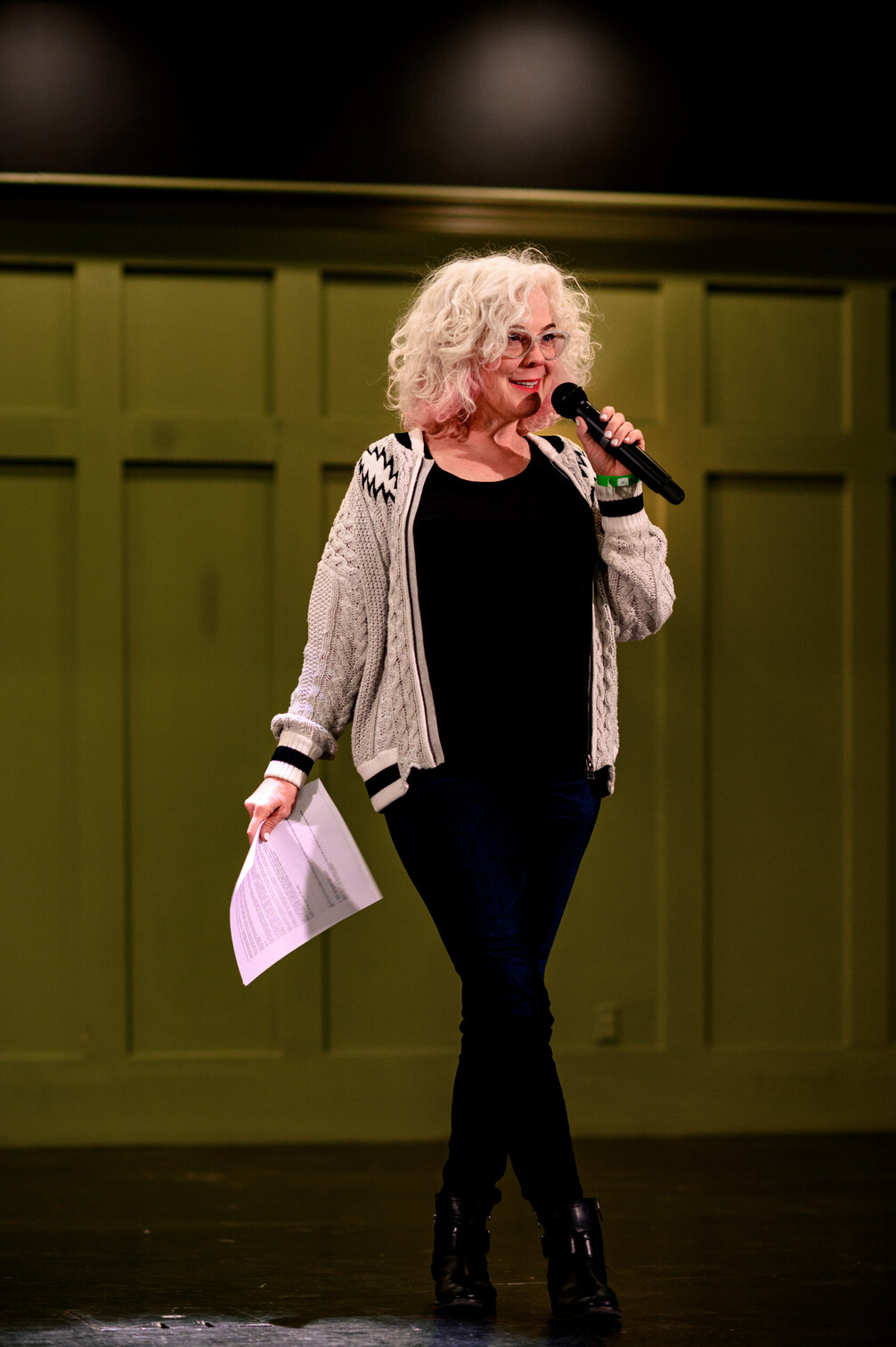 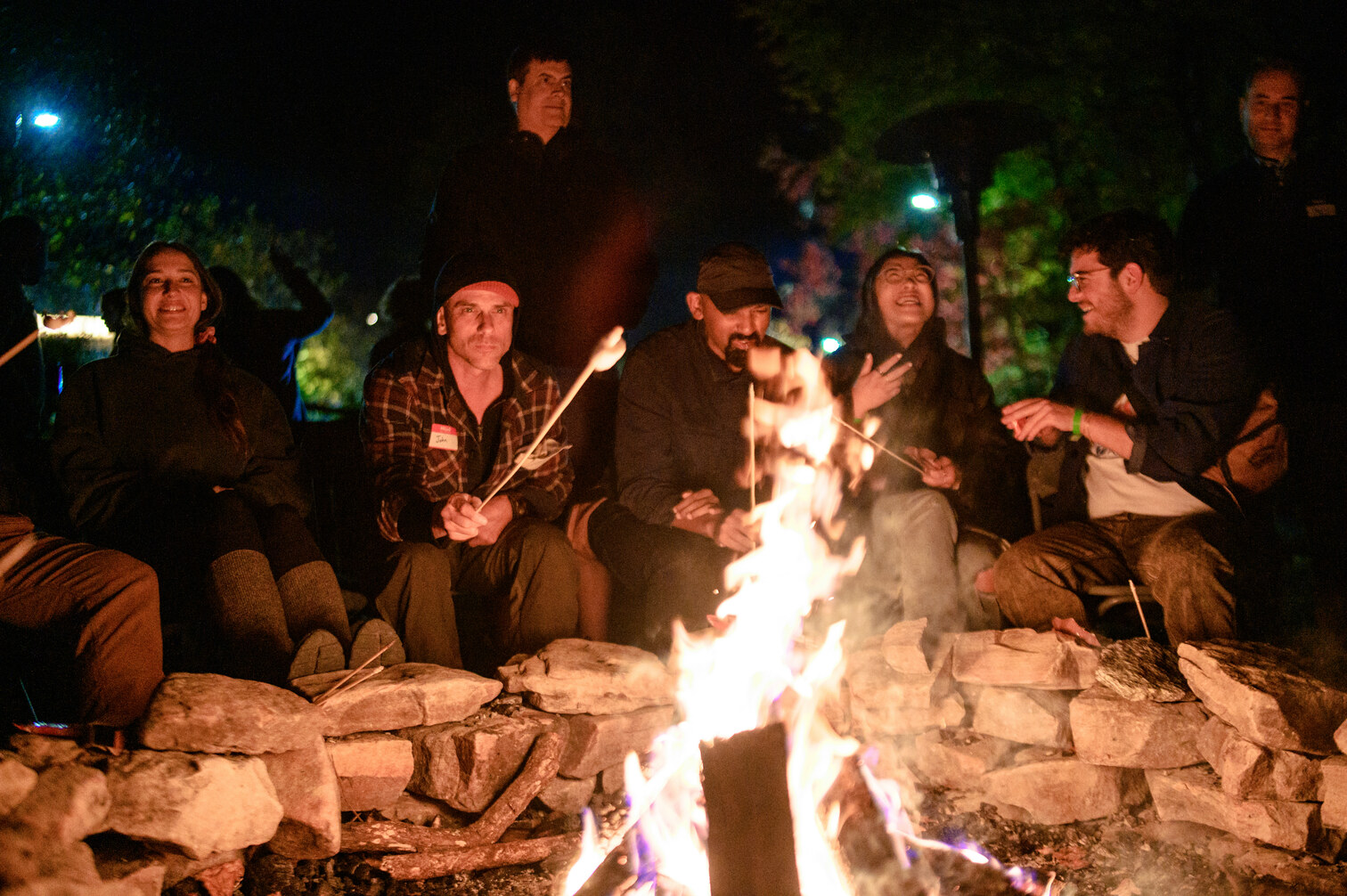 On our closing night we were joined by the James Beard Award-winning team behind Chai Pani Restaurant Group, Molly and Meherwan Irani.

They happened to touch on a recurring theme that emerged at the summit—being intentional about how you approach scaling and running your business—and their conversation wound up being an attendee favorite.

Also my favorite talk of the week was from the co-founders of a restaurant group!

On the last day of the Summit, we set out for Chimney Rock—a state park with absolutely jaw-dropping views.

Summitters snacked on apples from a local orchard, climbed 500+ stairs, selfied, and hiked the trail out to Hickory Nut Falls trail. (For some, this marked their second waterfall hike of the trip.)

It was a gorgeous day, and the perfect setting for goodbye hugs and a fond farewell to this year’s summit. 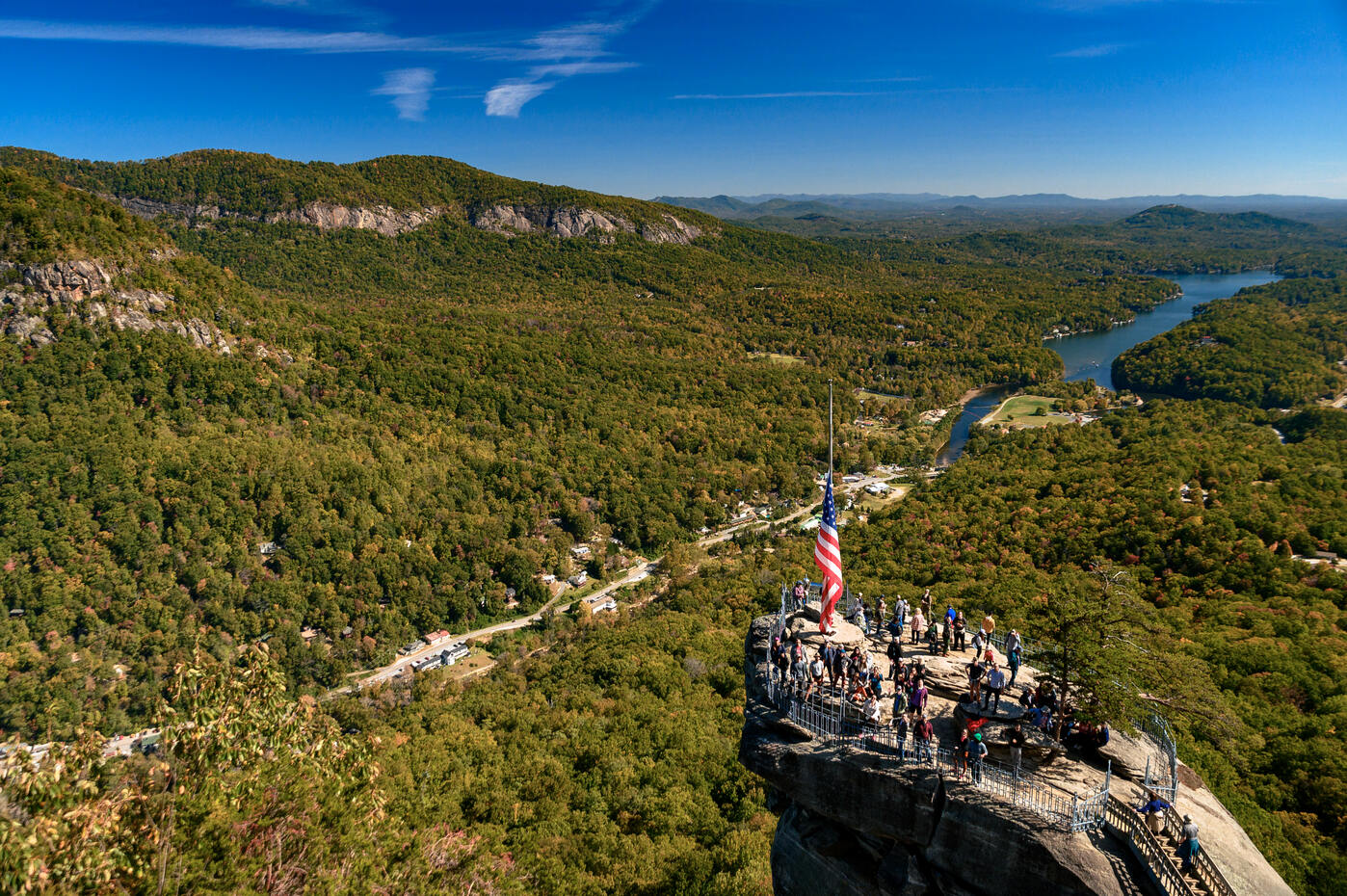 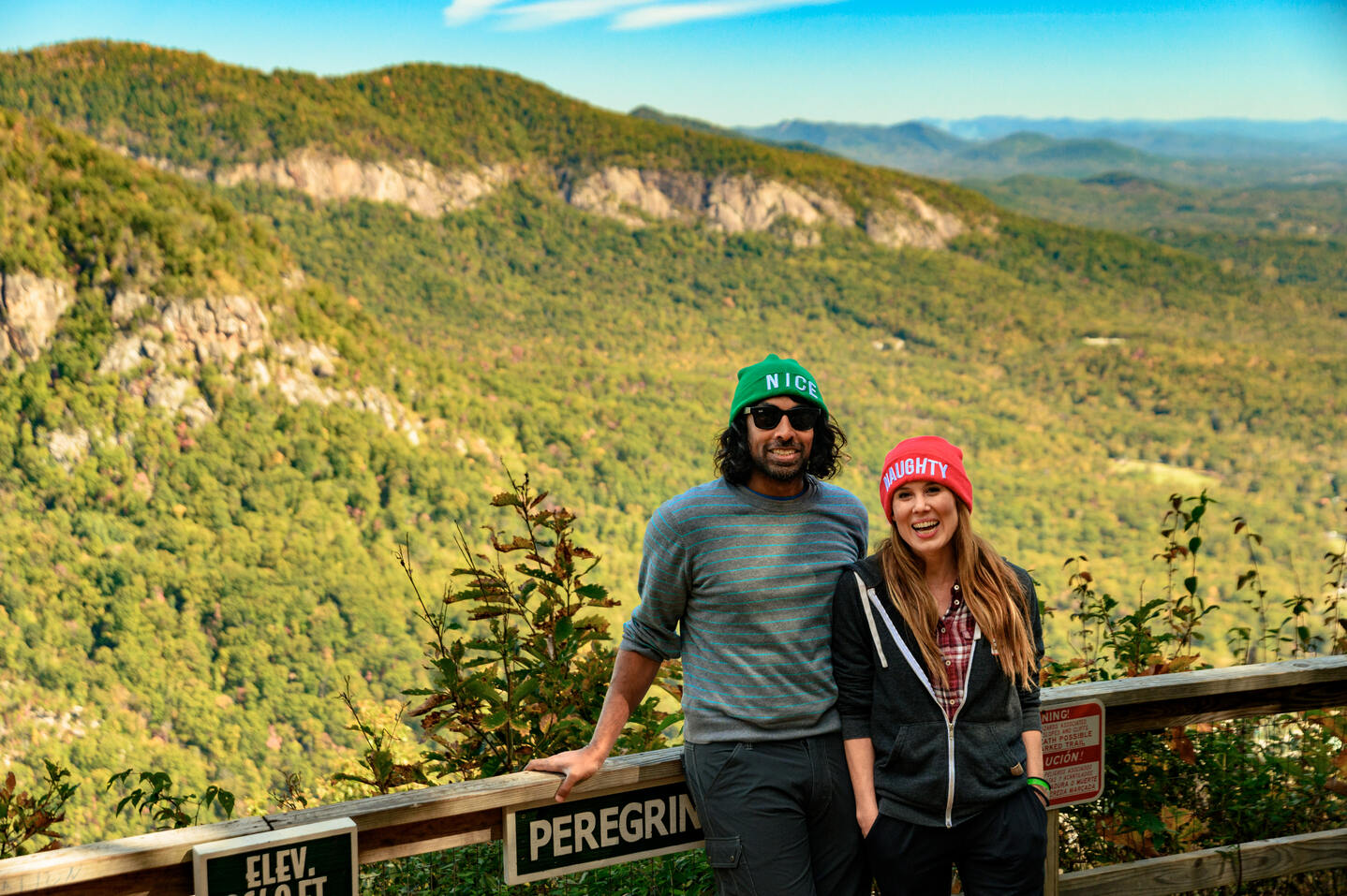 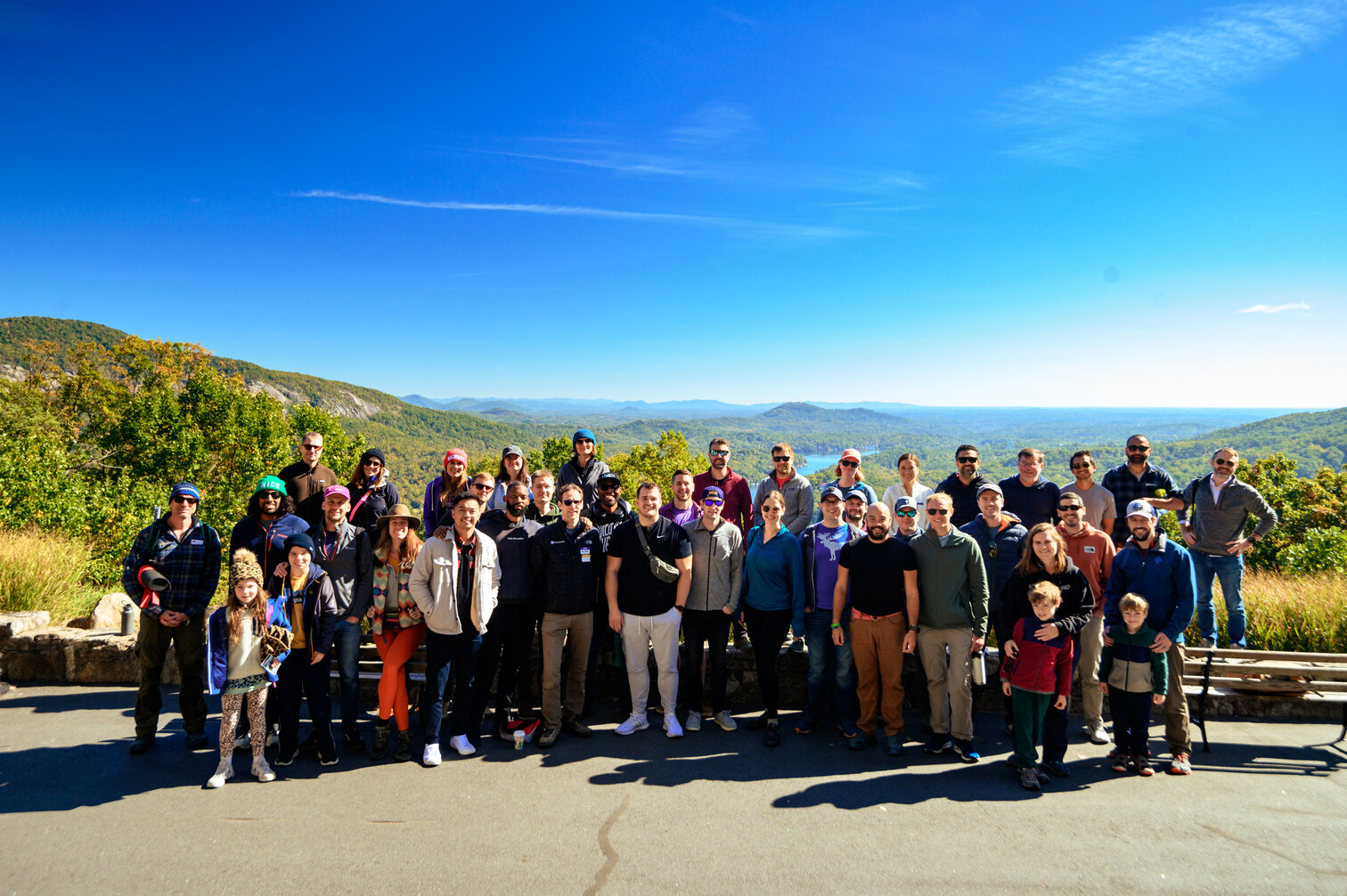 Founder Summit: Camp Edition was epic, but we can only take a little credit for that.

Each year we’re lucky to grow our community of like-minded founders, and each year we make these gatherings happen with the support of aligned sponsors like Slack and Swag.com.

But ultimately the workshops and adventures packed into a Summit would be meaningless without the thoughtful, inquisitive, and calm founders who come out for it. A campfire is nice, after all, but it's the people you share its radiance with that matter.

Our sincerest thanks to everyone who made Founder Summit: Camp Edition happen, including Kristyn Iodice, Michael Freas, Addie Agarwal, and the entire staff at Kanuga.

Want to join us at the next Summit? Sign up to our newsletter in the footer below and you'll be the first to know when we open registration!

There are no other articles in the same category yet!